Along with being a safety hazard, a dirty windshield can cause eye fatigue.

Protect yourself with wiper blade and fluid replacement!

In our previous blog entitled “Baby, It’s Getting Cold Outside”, we gave you some tips of what to do when you encounter the hazardous touch of Old Man Winter’s wrath.  This week, we want to help you be prepared for one of the most extreme winter situations, how to survive being stranded in your car.  Although it is rare, it’s very possible for this situation to occur and being proactive will help you get through it with ease!  We’ve designed a Do It Yourself Emergency Car Kit along with a few additional tips to help you if you’re ever faced with this unfortunate position. 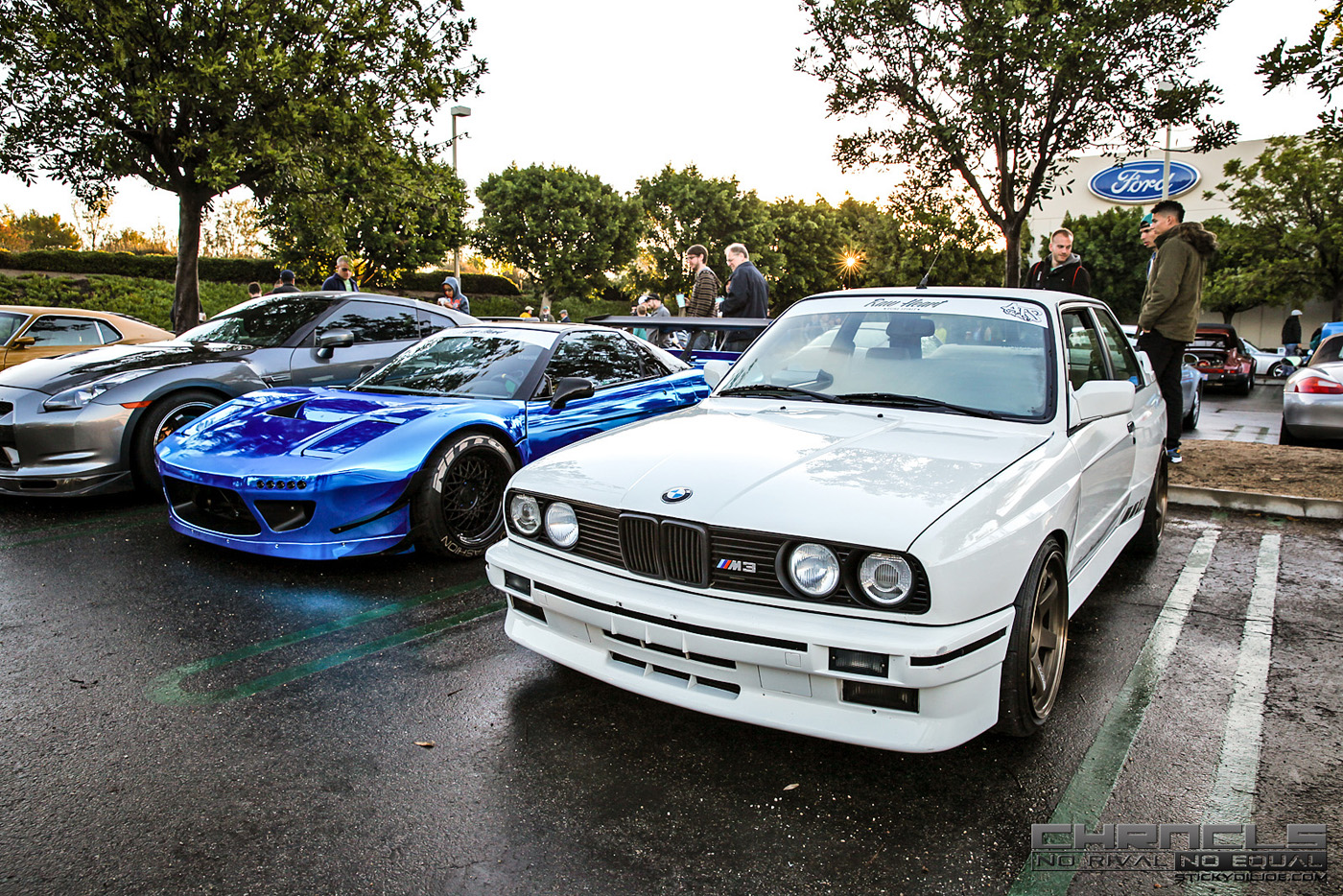 Crazy how things work out sometimes….Originally, we had made a late night decision to go to the Cars and Coffee event on just on a whim. Der and I found out that some friends had decided to bring the Rocket Bunny NSX out for a drive down to the meet so we wanted to check it out. I hadn’t seen the car since the 2014 SEMA Show and we wanted to catch a glimpse of the car outside for once. Little did we know that this might actually be the last Cars and Coffee in Irvine. Not just the last one of 2014, this might be forever. Just like that, it’s over and done with.

After we left the Cars and Coffee event in Irvine, we made our way over to check out the Targa Trophy Holiday Cruise and Food Drive. I had never been to a Targa Trophy event before but I was in the mood to see new things. Sure the Rocket Bunny NSX was going to be there but the Targe Trophy series typically is catered more to the high-end exotics crowd. You know, like Ferraris, Lambos, Porsches, and other cars that are seemingly out of the price range of your average import auto enthusiast. Exotics aren’t really my thing but I am a car guy through and through so it doesn’t hurt to see some of these cars in full detail. Another cool thing about this particular event was that it was held at a Ferrari dealership. They opened the doors to the public so we even had the opportunity to…

A driver in Duluth is lucky to be alive after a massive rock thrown from an overpass crashed through his windshield.

Matthew Fijalkiewicz, 22, of Superior, Wisconsin, was struck in the chest by the rock as he was driving home from Duluth Sunday night.

He suffered bruises to his heart and lung and a shattered collarbone that has needed a plate and four pins to put it back together, the Star Tribune reports.

“He took quite a hit,” his mother Jeannette told the newspaper.

The State Patrol has appealed for information that could lead them to the thrower, posting pictures of the damage and the rock on its Facebook page.

Fijelkiewicz, who was on his way home from work at the Duluth…

Originally posted on Tea Time Musing:
A day spent cooped up in a windowless court room for jury duty and a judge threatening to confiscate any cell phone that makes a sound or an appearance does not lend itself to…