Routine car and auto glass maintenance is boring, yet they are simple tasks that we can do ourselves to save time and money. Anytime we repair or replace something we automatically get a strong sense of satisfaction…and a little boost to the ego.

To make your life easier and your wallet heavier, follow these simple car and auto glass tips.

Replace Your Windshield Wiper Blades: There is absolutely no need to hire a mechanic to replace the wiper blades on your windshield. Once you get the hang of it, this is about a 5 minute job. To make it easier, make sure the blades are in a vertical position when removing and replacing. Also, make sure you purchase the entire wiper blade kit. Your blades won’t last as long if you only buy the wiper strips.

Learn to Change your Oil: The new school way of doing this is to…

SOCL got a surprise today when one of their deep sea subs exploring the Blake Sea found an unexpected barrier. The Dutch Harbor sub net is a secret that few know, but is one of the ways that Dutch Harbor maintains its beautiful port.

Dutch Harbor is home to several businesses, including the award winning Bandit Boats. Bandit Boats has been in the news recently for several new projects that are near completion. Visit the harbor using the link at right (ports).

The Bandit 50 is one of the popular models from Bandit Boats, and available… 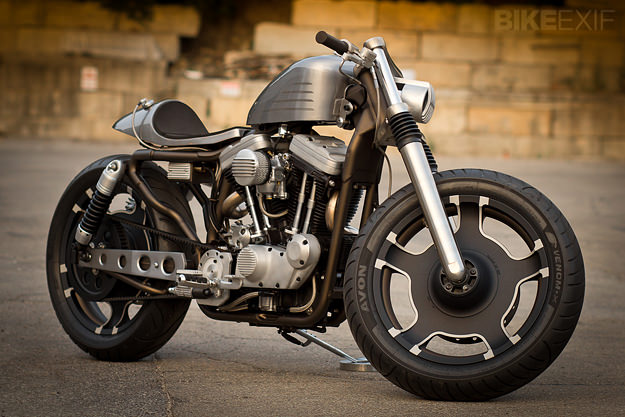 ” Regular readers will know that we don’t feature many Harley Sportster customs.

I wrote a post earlier (read it here) about how I hoped this was not a “Devils Ride” version of build show. After watching more of the commercials, I still hope this is not a builder version of that show.

We decided that we would like to highlight the Harley-Davidson Sportster’s representation of American durability and timeless style. Setting it up in the shop, we began to plan how we would like the final picture to pan out. Spraying sparks into the night sky using stretched out steel wool engulfed with flames and flashlights as paint brushes we were able to take advantage of the dim light with an open shutter and long exposure. The final result was a brash portrayal of the legendary style, agility and power maintained from its mass production in 1957 up until this very day.

Breaking news: SUMMER IS HERE!  ‘Tis the season for being outdoors!  A very common activity we like to take part in during the nice summer weather is washing our vehicles.  Don’t you just love the way they shine and glitter in the sun?  But what some of us don’t know are the not so common mistakes people make when it comes to caring for your vehicle that can actually ruin your paint.  Here’s a short list of do’s and don’ts when you’re trying to wash the exterior of your car by hand.